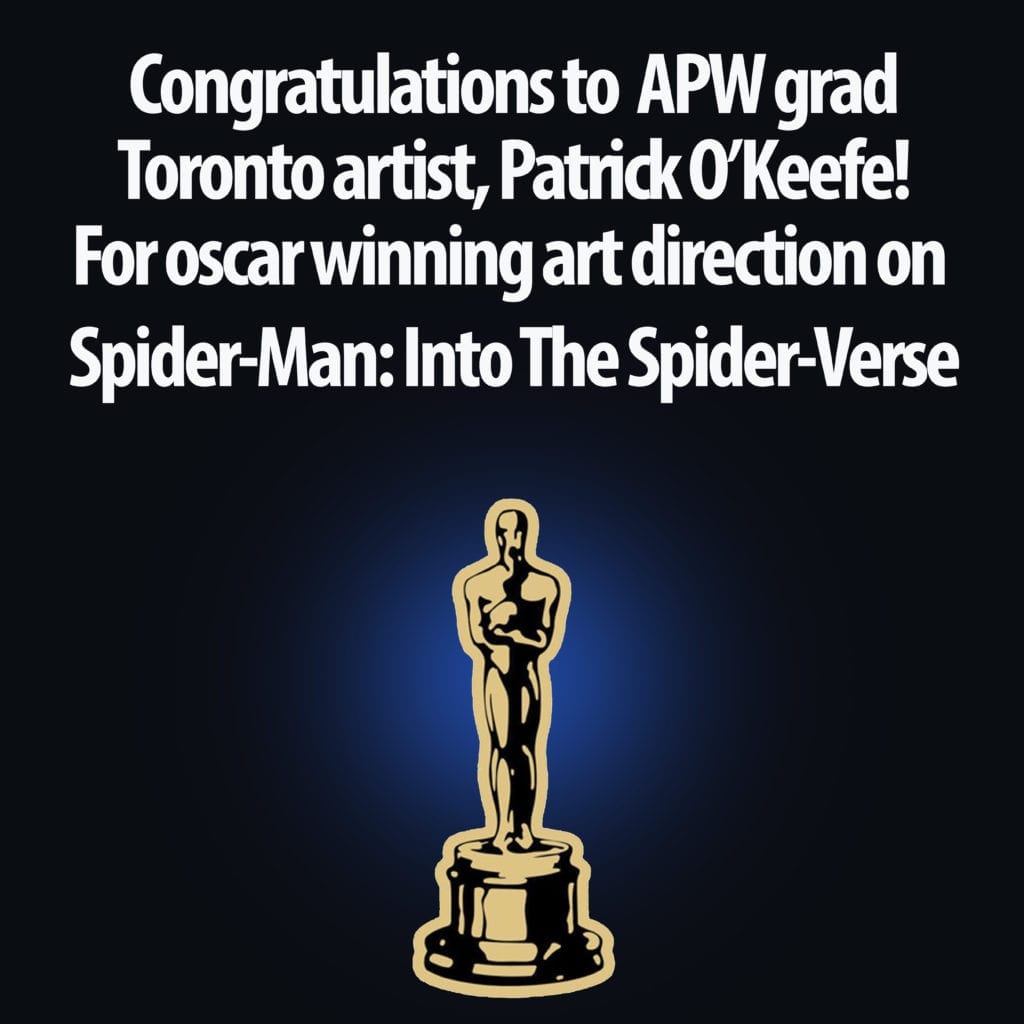 The entire Animation Portfolio Workshop team is over-the-moon excited for the 2019 Best Animated Feature film Oscar success of APW grad Patrick O’Keefe and his wonderful Art Direction on Sony Pictures Animation’s ground-breaking Spider-Man: Into The Spider-Verse.  Sony’s take on the Marvel Spider-Man story is creative twist signalling a very clear break from the current 3-d obsession in animation feature film fare.  O’Keefe and fellow art director Dean Gordon creatively brought together the looks of old-school comic art, colourful crazy video game worlds, multiple Spider-Man characters from different universes, grafitti, urban digital painting and brought it all together while introducing a charming and forceful lead character in Miles Morales. While Patrick O’Keefe is right out there on the cutting edge of animation he is also somewhat of a throwback in his attitude toward drawing.  His drawing practise is at the centre of his creative life.

Everyday I get up and draw. I go to work and do more drawing. I spend hours in meetings drawing frames everyday – sharpie on paper, pencil on paper posting them up on the wall…there’s no developing into an art director if you don’t know how to draw and paint in the most fundamental and solid ways.    —  APW grad – Patrick O’Keefe

Drawing has always played a central role in animation production. The massive success of Spider-Man: Into The Spider-Verse suggests a growing appetite in mainstream entertainment for the magic of this artform in informing the visual style of feature films after an over-dose of 3D movie after 3D movie after 3D TV series etc.  Animation Portfolio Workshop has always been about drawing.  Preparing animation portfolios is only possible after covering fundamental elements of drawings and learning them through expert instruction and constant practise. 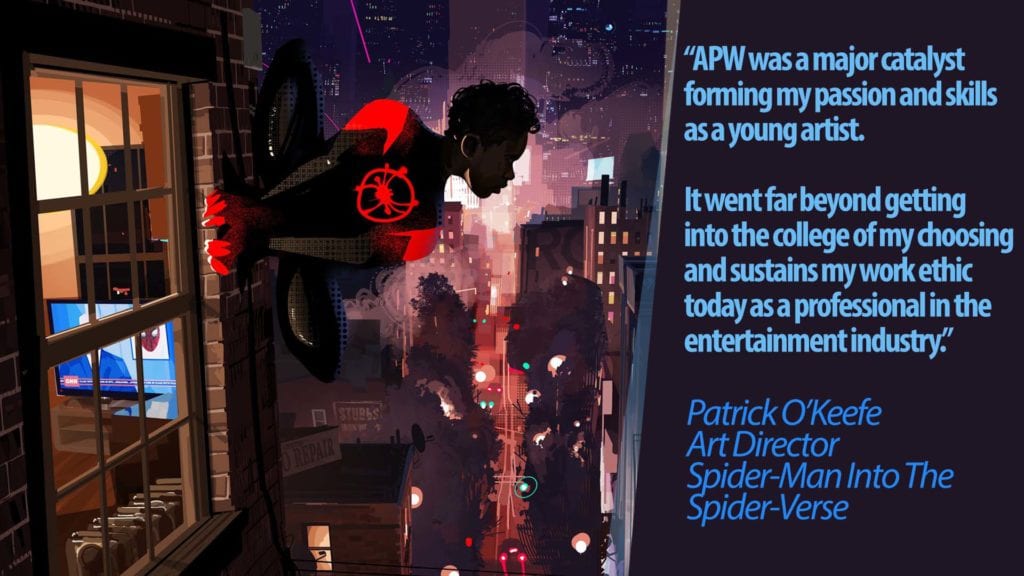